Last year, in an effort to improve the capability of our forums, we switched to new software. We expected tremendous scalability and rapid customization that would significantly improve each Member's experience across multiple devices and integrate flawlessly with social media platforms.

Unfortunately, after a significant capital expense, we have decided that the length of time and the additional cost to reach our goals make this enterprise untenable.

Thus, we have made the difficult decision to transition the forums to our original software platform. We’re excited that, in the nearly two years since we began the process of our most recent switch, our original platform has been upgraded significantly, and we are confident that the reversion will not only provide the stability that we desperately needed prior to our last move but will also return to the Membership the high level of customization that made our online community so great. We have also added technical resources to the GolfWRX staff that will allow us to build custom modules and modifications that we are confident will take the forums to the next level.

We remain the world's largest online golf community, and we still hold true to our core values and mission statement as written in 2005. Bearing both of those elements in mind, being the best and offering our Members a platform that is world-class are both requirements, not options, and it is that spirit that has motivated this decision.

So, please pardon our mess over the next five days or so while we transition the forums.

A few important notes: Current content will be accessible during that time, but the forums will be READ ONLY, and you will not be able to start new threads or reply to posts. Personal Messaging is enabled but PMs sent/received from the time the board was frozen will not carry over. We know this is inconvenient, and we apologize, and we greatly appreciate GolfWRXers bearing with us through the transition.

We are very excited about starting this next chapter for GolfWRX and getting back to the high-quality Member experience we all expect as soon as possible.

I want to quit 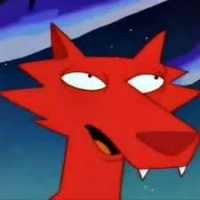 Things have gotten rather bleak this season (no guff, Chet!) and I'm considering quitting golf altogether. I don't know how to enjoy the game anymore. I'm turning to you guys for guidance, and wondering if anyone has ever been in a similar headspace and what they did / if a break was the right choice.

For background, I'm in my early 30s and a fairly strong former multi-sport athlete. I started playing seriously four years ago and I'm currently playing off a 21. My biggest issue has always been the driver. I started taking lessons in June of 2017 because I only drove the ball around 200 yards and was very inconsistent.

Since then I've dedicated myself to the game. Read books, structured my workout around golf. I got serious about lessons, and at this juncture I've taken 43 hours of instruction with a grand total of eight instructors. I've taken the bulk of these lessons with two coaches, one who I worked with last year for nearly 30 hours and another this year for close to 10. For the last three years I've practiced multiple times per week, year round. I've lived and breathed golf, and I thought I was on the right path many times. But the reality is my handicap has not changed since I started playing again. The swing I learned from YouTube videos in 2016 has created the same scoring results as dozens of hours of instruction, hundreds of hours of practice, and thousands of dollars invested.

I try to practice the right way -- I don't just beat balls, I do drills, I go slow. But the result (off the tee especially) is still anyone's guess. And to boot, I feel like a chump who got taken for a ride by instructors. It's made me think that I'm either a.) always destined to suck, and although I see tons of people with more consistent ball-striking swings who aren't pros, I won't get to be one of the lucky ones who has that or b.) golf coaches are squeezing me because I'm so obviously desperate to be good.

What's made me think about quitting recently is the fact that I just can't live in the trees anymore. I can't spend my entire round looking for every single tee shot. I don't want to play every hole defensively, where I draw my 5 iron out of the bag before I've put my driver back in because I know my second shot is going to be a 60 yard puncher. For the love of god, I just want to find the ball off the tee. This complete anguish over every tee shot being a roulette spin sucks, and it ruins the game, enough to where the score doesn't matter as much anymore.

Case in point -- I shot 88 at my home course last week, and I had a legitimate shot at being near 80. But I had just one par on the back nine and tripled 17 to finish with a 47 out. I came home all smiles because I'd only hit 3 "bad" tee shots on the back nine, and even those I was able to get out of trouble on. Meanwhile, I shot 87 at the sister course last week -- my second-best score ever -- and I was pissed. All because 11 of 18 tee shots were in other fairways, way under trees, stuck in brambles, or otherwise unplayable. I scrambled like a god, and Arccos had my putting handicap at +6.2, thus the great score, but the whole round was a headache. I hated it. I just don't want to play like this anymore.

I went through the pain of finding a new instructor this season, one of the most highly-rated in my state, and even after hours of instruction he's still just telling me to do the same drill over and over again and my body just will not cooperate. I've got a closed clubface at the top of the driver swing, and because my last instructor told me to "swing inside out" I now drop my hands at the start of the downswing, making direction all kinds of squirrely.

There was so much excitement for me at the end of last summer. I thought I was putting the pieces together, and that what I would work on all winter would be getting more compression and forward shaft lean, removing my flip at the bottom of the iron swing. But instead it's completely fallen apart, and even after more instruction I feel no closer to being "good". The ironic part is, all I want now is to **** the ball down the middle of the fairway and play bogey golf. But 95-105+ rounds keep sneaking up on me, all because I can't hit a driver or a fairway wood to save my life, and it's starting to feel like no instructor will ever be able to tell me how to do so.

COVID is hard. Golf has felt like some kind of escape, both in the time spent on the course and the mental concentration needed to play it, thus allowing the rest of the world to melt away. But now it's just another stressor to add to one of the most difficult times in any of our lives. My optimism and dedication has dissipated, and now I don't think I'll find a swing coach that can teach me how to not swing like an amalgam of Top 10 YouTube Swing Tips You NEED For More SPEED and POWER!!!

This is a very long, whiny post but god if anyone is going to understand this crap it's got to be you guys. Any support, tips, instruction, or offers on my clubs would be appreciated. Low ball offers accepted.

It looks like you're new here. If you want to get involved, click one of these buttons!